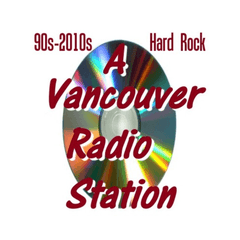 Written by Lemmy, Hellraiser feels decidedly more like a Motorhead track than anything else in Ozzy's repertoire (which goes some way to explaining why Lemmy and the gang decided to cover the song the following year on March Or Die). Even so, Ozzy's voice brings the perfect heavy metal histrionics for the song's greased up stomp, cementing it as a heavy metal anthem for the 90s. The song would ultimately go on to be used by wrestling team The Hell Raisers, showing Lemmy's ear for great wrestling themes began long before he teamed up with Triple H.

Ozzy was well on the way to becoming one of the biggest heavy metal stars of the 80s, but with Flying High Again the band were taking a trip back a decade. The song's juicy main riff could easily have been lifted from the textbook of Montrose or Boston, layering the syrup on thick to make sure it got lodged good and proper in rock fans' ears. The song's triumphant mood was said to be a reflection of Ozzy's own feelings after his solo career took off - facing down the end of his dreams only to come back stronger than ever.

While Ozzy's solo band were a largely untested proposition when it came to making Blizzard Of Ozz, by the time they got round to the follow-up Diary Of A Madman Ozzy was again being regarded as a heavy metal icon. The album's triumphant tone reflects the mood in the band of the time, the opening one-two of Over The Mountain and Flying High Again setting a conquering tone for the rest of the record. With its galloping riff, Over The Mountain set a tone for the panache expected of heavy metal bands in the early 80s as they quickly ascended to arena status.

The first single from The Ultimate Sin also gave Ozzy his first taste of the US Top 100, as well as in the top 10 of US mainstream rock charts. Originally written by bassist Phil Soussan in his pre-Ozzy band Wildlife, Soussan brought Shot In The Dark along to the songwriting sessions for The Ultimate Sin where it became subsumed into the Ozzy framework. With Ozzy's brand behind it, the song became a big hit for Ozzy and a mainstay of sets for years to come.

The early 90s were a time of enormous change for Ozzy Osbourne. Freshly fit and sober, the singer was crushed when he was (erroneously) diagnosed with Parkinson's. Recognising the dangers that constant touring presented - not only on his health condition, but on the fragile state his family were in and the temptations of being stuck on the road for months on end, Ozzy opted to announce a retirement tour, deciding to focus on family going forward.

Amazingly, Mama, I'm Coming Home's lyrics weren't written by Ozzy, but by Motorhead vocalist Lemmy. Though, as Ozzy told Hammer in 2021 when looking back on the No More Tears record, "Lemmy understood and wrote the things I wanted to say without ever needing to hear them." The result was an emotional, heartfelt ballad that ultimately became his only solo single to ever reach the top 40 of the US Billboard 100, an enduring anthem for homesickness and affection.

Perhaps Ozzy's most iconic music video, Bark At The Moon was also his first. The video saw the singer playing up to his madman image in full Hammer Horror b-movie fashion. Drafting in the talents of make-up artist Rick Baker, who was fresh from working on both Michael Jackson's Thriller and American Werewolf In London (both directed by John Landis), Ozzy went full-ham to terrorize the MTV generation... and it worked.

With the video hitting heavy rotation Ozzy became a by-word for heavy metal's takeover, the song's cascading riff leaving no doubt as to what genre the fanged madman inhabited. While it surely added fuel to the fire for those that wanted Ozzy banned from the airwaves, ultimately Bark At The Moon became the enduring image most people associated with Ozzy Osbourne.

With its soaring synths and steadily building guitars, you'd be forgiven for thinking No More Tears was an anthem of empowerment, a reflection of the healing Ozzy underwent after going through rehab. The truth was far more bizarre. Lyrically centred around a serial killer, No More Tears was another example of Ozzy using dark subject matter as fuel for the new direction he was taking, reinventing his image just in time to avoid the mass culling of 80s rock stars that grunge precipitated.

One of the last tracks written for the album, No More Tears came together in the studio as bassist Mike Inez conceived the opening riff (though Inez ultimately didn't play on the record, he was credited with 'inspiration' in the album's liner notes) and Ozzy repeatedly sang the title line. Built on a bedrock of hard-driving rock, the song ultimately achieved moderate chart success, landing Ozzy another spot in the US top 100.

Ozzy had flirted with the horror aesthetic so prized by his past band Black Sabbath on his solo debut Blizzard Of Ozz, but otherwise played things largely straight. With Diary Of A Madman however the old familiar taste for the dark was creeping back in, nowhere more apparently than in the album's title track. Choirs and strings only added to the enormous theatricality of Diary Of A Madman's production, the song effectively giving carte blanche to Randy Rhoads to go as grandiose as possible, his guitar tones drifting between dreamy brittle notes and snarling distorted riffs.

Though Diary Of A Madman caught Ozzy on a creative peak, it also saw the emergence of interpersonal issues which would colour the rest of the decade. Songwriting credits were not issued to all members of the band, ultimately causing bassist Bob Daisley and drummer Lee Kerslake to depart. Worse still, the album would ultimately become coloured by tragedy when Randy Rhoads was killed in a plane accident while the band were on tour, the record's virtuosic playing and experimentation made all the more poignant for the loss of one of its driving forces.

Though Ozzy and co. largely played it straight with a mixture of stadium rock and heavy metal for his solo debut Blizzard Of Ozz, Mr. Crowley proved the singer hadn't turned his back entirely on themes of horror and the occult that had been so crucial to Black Sabbath in the beginning. Opening on an iconic keyboard solo from Don Airey, the song is everything the Prince Of Darkness should be, its lyrics inspired by infamous occultist and magician Aleister Crowley.

One of heavy metal's most iconic songs, the Mr. Crowley single ultimately achieved gold status in the US and helped cement Ozzy Osbourne as a star in his own right, the Blizzard Of Ozz record becoming of the best-selling albums of the 1980s.

It was inevitable. For all the darkness and horror Ozzy courted with Black Sabbath (and would continue to court in his many controversies throughout the 80s), the fact remains that Ozzy's very first solo single remains his most beloved. Absolutely everything about it is iconic; from Ozzy's maniacal cackle, to the thumping heart-beat of bass provided by Bob Daisley, Lee Kerslake's rumbling drum-beat that evokes a train in its own right and of course Randy Rhoads' iconic riff.

While not as overtly menacing as his past work, Crazy Train nonetheless dealt with nuclear annihilation and paranoia surrounding the Cold War, albeit in such a subtle way that you could almost mistake it for a fun heavy metal party anthem. With Randy Rhoads, Ozzy had found his own secret weapon to inject fresh vitality into his music and Crazy Train showed just what the new boy was capable of, picking up the pace whilst still bringing along some sizable heft to keep headbangers happy.

Osbourne's most-played track (with over 1150 instances of the song being played live, as well as over 11 million plays on YouTube and a further 398,000,000 on Spotify), Crazy Train remains one of heavy metal's most recognisable and beloved anthems, a guaranteed party starter at any rock or metal club. Considering one of Black Sabbath's final tours with Ozzy in the 70s had seen them regularly trounced by newcomers Van Halen, Ozzy's return with a wunderkind guitarist of his own proved to be just the boost needed to revitalise not only his career, but his life.

Writer for Metal Hammer, Classic Rock and Louder, Rich has never met a feature he didn't fancy, which is just as well when it comes to covering everything rock, punk and metal for both print and online. Passionate about seeing the spread of metal on a global scale, Rich has spent the last decade seeking out emerging acts from around the world, covering everyone from Alien Weaponry and The Hu to Kaoteon, Nine Treasures and Jinjer, whilst also re-examining rock and metal history with bands like Faith No More, Sepultura and Ozzy Osbourne, alongside legendary events like Rock in Rio and the 1991 Clash Of The Titans tour.

at December 08, 2021 No comments:
Email ThisBlogThis!Share to TwitterShare to FacebookShare to Pinterest

This is an abbreviated Mediabase Report. Access to full report available at Mediabase.com
© 2021 MEDIABASE All Rights Reserved.
at December 05, 2021 No comments:
Email ThisBlogThis!Share to TwitterShare to FacebookShare to Pinterest
Older Posts Home
Subscribe to: Posts (Atom)

Wanna hear a song - request it!